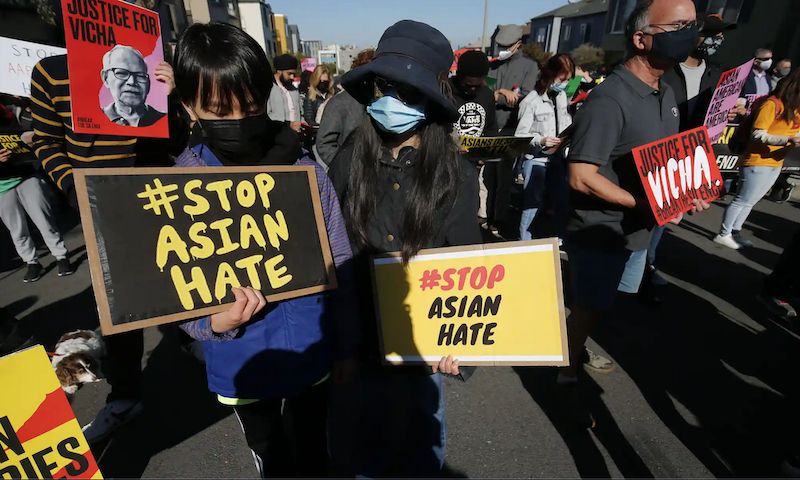 The Guardian - A rise in Asian American gun ownership. Blocks-long lines for pepper spray in Manhattan Chinatown. Children kept home from school by fearful parents. Elderly people who have stopped leaving their homes. A warning to Filipinos in the US, issued by the Philippine embassy in DC.

Across the US, Asian American communities have been gripped by anger and despair as hate crimes against them have increased sharply – rising by 339% last year compared with 2020, according to the Center for the Study of Hate and Extremism. As early as March 2020, the FBI issued a report predicting a “surge” in hate crimes against Asian Americans, due to the Covid-19 pandemic, which happened to originate in an Asian country. Adding fuel to the fire: incendiary and racist language – used by irresponsible politicians and repeated across social media – and geopolitical tensions with China.

“All of those are conditions that have led at other times to terrible anti-Asian violence,” says author and activist Helen Zia.

But what’s different this time, says Zia, is that more people recognize the problem. In the 1980s, Zia helped bring about the first federal civil rights case involving an Asian American: Vincent Chin, a Chinese American man was beaten to death by two white auto-workers who took him for Japanese and blamed Japan for the car industry’s struggles. They were merely fined $3,000 each for the killing.

Today Asian Americans, the fastest-growing racial or ethnic group in the US, are finally in a position to do more than stock up on pepper spray and hope for the best. Meanwhile, academic research on implicit and unconscious bias, improvements in data collection, and social movements like Black Lives Matter have contributed to greater understanding about racism and bias, and the ways that can translate into hate speech and violence. From the local through federal level, community advocates and other leaders have been organizing, debating, and building support, aimed at combating the ongoing epidemic of anti-Asian hate.