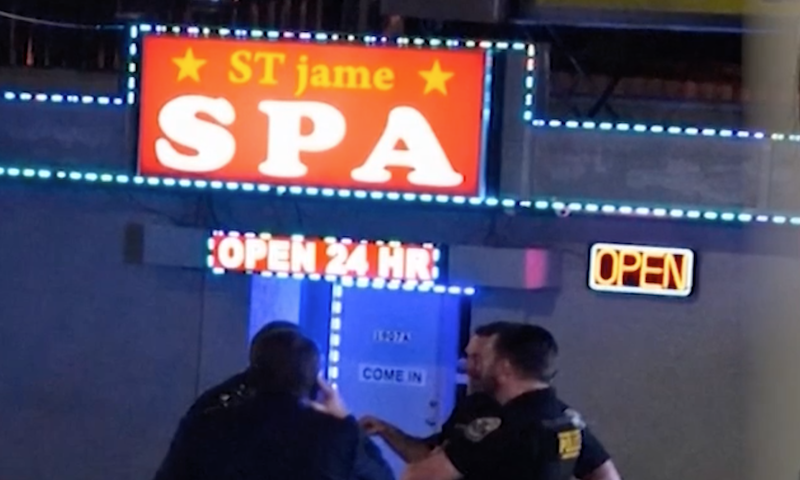 Atlanta - Winter was heaving its last gasps that day. The air in Chicago hovered just above freezing as my family and I finished dinner. We had just put my daughter to bed when I saw a text from a friend with a news headline and a question: “Have you seen this?”

I read as far as eight shooting victims before my eyes darted to the photo underneath: Sullen police officers and bright yellow tape surrounding the neon lights of Gold Spa. Immediately, I knew: An evening of quiet had turned into a day of infamy.

A shooter in Atlanta had gone on a rampage at three massage parlors. One year ago this week, he murdered eight people – six of them Asian American women from China and Korea.

As the head of a national organization for Asian American and Pacific Islander women and girls, I knew my colleagues and I had to act. Immediately, I went back and forth with our staff, especially those in Atlanta, to understand what our members needed. At the same time, we had to speak up for our community, so we released a statement. Before I knew it, I was caught in a whirlwind of media requests and coverage, giving more than 50 interviews in just four days.

All the while, I dealt with the same conflux of emotions as millions of Asian American women. Rage and guilt. Grief and revulsion. Devastation for our community.

We have been objectified for centuries

Afong Moy, the first recorded Chinese woman brought to the United States, was placed on exotic display. Our nation's first immigration law, the Page Act of 1875, stereotyped East Asian women as prostitutes to bar them from the country. The U.S. military involvement in World War II, the Korean War and the Vietnam War exacerbated this prejudice, forcing many Asian women into sex work and perpetuating the racist, sexist mythos that Asian women are temptresses or sexual servants in the American consciousness.

This sordid history has imposed upon Asian American women a dangerous present.

Our organization just finished a first-of-its-kind survey of Asian American and Pacific Islander women’s safety. The results were damning: 74% of AAPI women say they experienced racism or discrimination in the previous 12 months. More than half identify a stranger as the perpetrator, and 47% report experiencing racism and discrimination in public space.

We live at the intersection of racism and misogyny

Asian American women are not just reviled for our race or for our gender. We are vilified for both – for the ways our race and gender intertwine and strengthen us.

Yet in almost every interview I did after the Atlanta spa shootings, pundits and journalists were shocked when I highlighted the intersection of racism and misogyny. With the exception of Asian American women and some other female journalists, most reporters elided the fact that the intended targets weren’t just Asian people who happened to be women, or women who happened to be Asian: They were both.