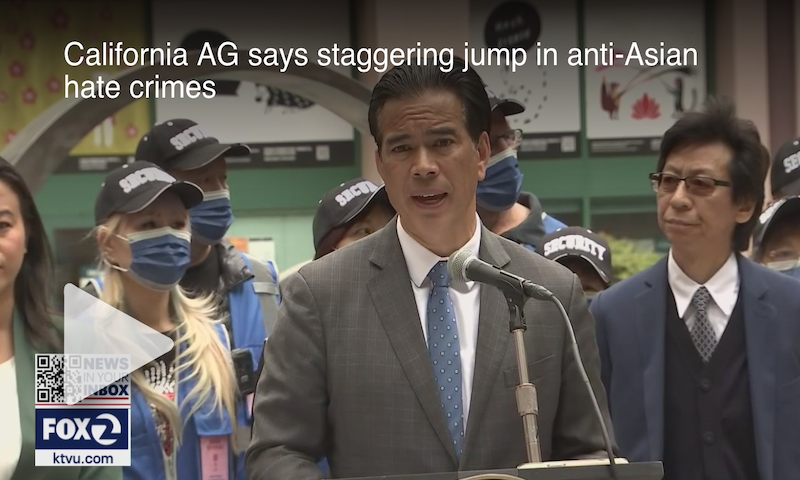 "We're in a full-on state of crisis, state of emergency when it comes to hate crimes and hate violence," Bonta said.

He spoke out in the heart of Oakland's Chinatown, where victims of Asian descent have been attacked and robbed.

"It's important that I come here today as the California Attorney General, right here in Oakland Chinatown, my former assembly district, and say hate crimes are a priority," said Bonta, a former assemblymember who is from Alameda.

The highest number of hate crimes happened in March and April of last year at the start of the shelter in place for the coronavirus.

He said, "2020 wasn't just about a deadly virus. It was about an epidemic of hate as well."