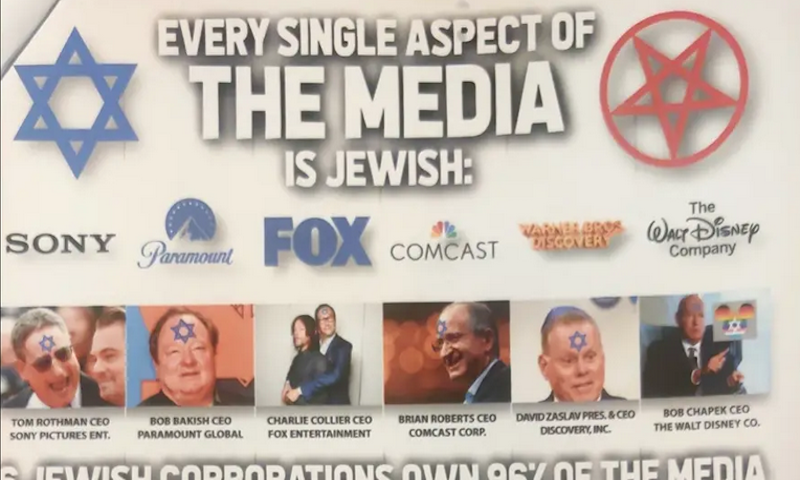 Patch - Concord resident Tammy Helman's grandfather was an Auschwitz survivor. Her other grandfather hid in an attic while he watched his family taken by Nazi soldiers.

Last week, Helman found antisemitic leaflets on her driveway and around her neighborhood, packed in plastic bags.

"People around the neighborhood didn't even want to see them," Helma said. "For me, silence is a kind of violence."

Wilk — Walnut Creek's first Jewish mayor and city councilmember — said the literature was left in the neighborhood sometime during Sept. 27-30, during the Jewish High Holidays between Rosh Hashanah and Yom Kippur.

Wilk called them "awful, vile leaflets" and said he mentioned them because "we must unite as one community to push back on this."

"We've made great strides in our city to be inclusive and all-welcoming, and we refute this kind of anti-Semitic and any hate material in every way, shape and form," Wilk told the council. "There's more work to be done, but we as a council need to expose racism, ant-Semitism and hate crimes for what they are."

The flyers say "every aspect of the Ukraine-Russia War is Jewish," speculate Jews were responsible for 9/11, blame Jews for slavery, and say they control the United States government and media, among other claims.

Similar leaflets have been found in Danville, Palo Alto and Berkeley earlier this year. Marin County District Attorney Lori Frugoli on Monday released a statement saying she wanted to assure the public that appropriate action is being taken following similar flyers appearing in her county.