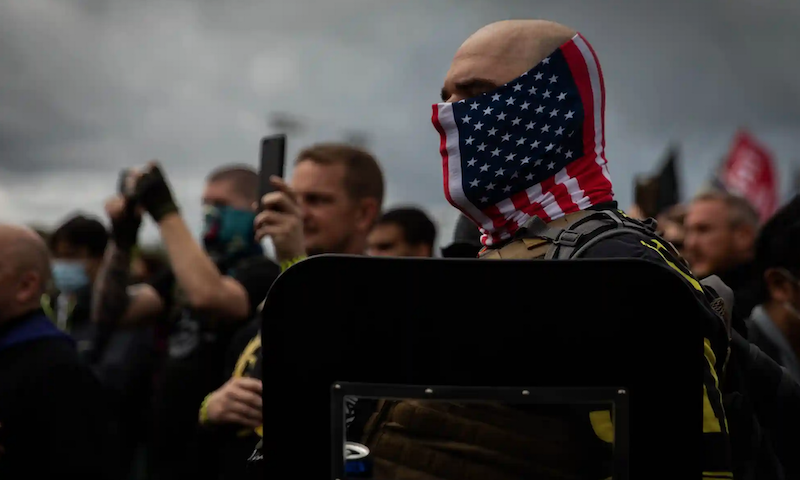 Guardian - Since the 9/11 attack, far-right extremists killed more people in the US than did American-based Islamist fundamentalists

Donald Trump’s presidency was bookended with two of the ugliest outbursts of white nationalist violence in 21st century America – the 2017 far-right rally in Charlottesville and the 2021 storming of the US Capitol by his extremist supporters to sabotage the election results.

Rightwing apologists like to downplay these lethal events or dismiss them as aberrations, but experts warn this is a form of terrorism that’s not only entrenched but has ballooned to become the biggest domestic security threat in the US.

In the 20 years since 9/11, far-right extremists killed more people in the US than did American-based Islamist fundamentalists – but that’s often hard to discern from the way the federal government has treated domestic terrorism.

Earlier this year an intelligence report warned that racially-motivated extremists posed the most lethal domestic terrorism threat. It said the menace was now more serious than potential attacks from overseas, and the White House published a strategy for countering the problem.

The FBI director, Christopher Wray, told Congress that the 6 January insurrection wasn’t an isolated event and “the problem of domestic terrorism has been metastasizing across the country for a number of years”.

Wray added that white supremacists comprise “the biggest chunk of our domestic terrorism portfolio overall” and “have been responsible for the most lethal attacks over the last decade”.