WE ARE NOT SAFE.

Hate groups are organizing in our communities, and they are sowing the seeds for violence by recruiting impressionable youth. At least three major groups infest San Francisco, and more than 10 operate in the greater Bay Area (according to the Southern Poverty Law Center and other hate trackers).

The message calls for the elimination of Asians, Blacks, Feminists, Jews, Latinos, LGBTQ+, Muslims, and Liberals.

Hate-based activity and crimes tripled during 2016-2017, and hate incidents have continued to increase at alarming rates. 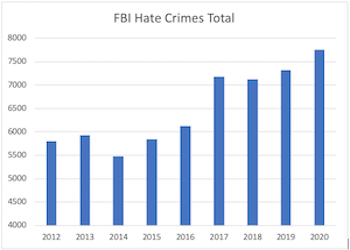 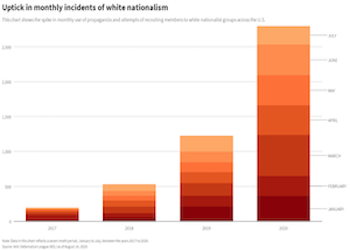 Goldbridge Institute was formed to:

We take action by: