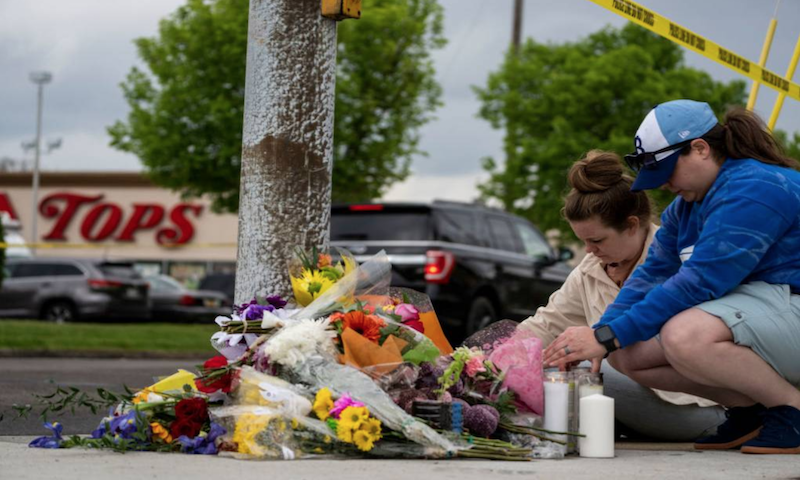 The heavily armed 18-year-old man who allegedly opened fire in a Buffalo, New York, supermarket last Saturday, killing 10 people and wounding three others — most of them Black — was an adherent of a white supremacist conspiracy theory that's become increasingly espoused by the mainstream political right.

The "Great Replacement," as it's known, was referenced in the 180-page manifesto the alleged shooter wrote and posted online before driving some two hours from his home to indiscriminately murder Black people in one of the worst racist mass shootings in recent U.S. history.

The unfounded notion, one rooted in racist and antisemitic fanaticism, posits that the U.S. is growing increasingly diverse — the only accurate part — because elite Jewish liberals are importing non-white immigrants to “replace” white Christian people as part of a diabolical scheme to fundamentally reshape American politics and society.

Moreover, many white supremacists — the alleged shooter among them — insist that the influx of immigrants will, if unchecked, soon lead to the extinction of the white race.

White supremacist conspiracies, like this one, have always existed in some form or another in American society (not to mention many others), and often form the fuel that ignites horrific, racist acts of violence, like the tragedy that unfolded last week in Buffalo.