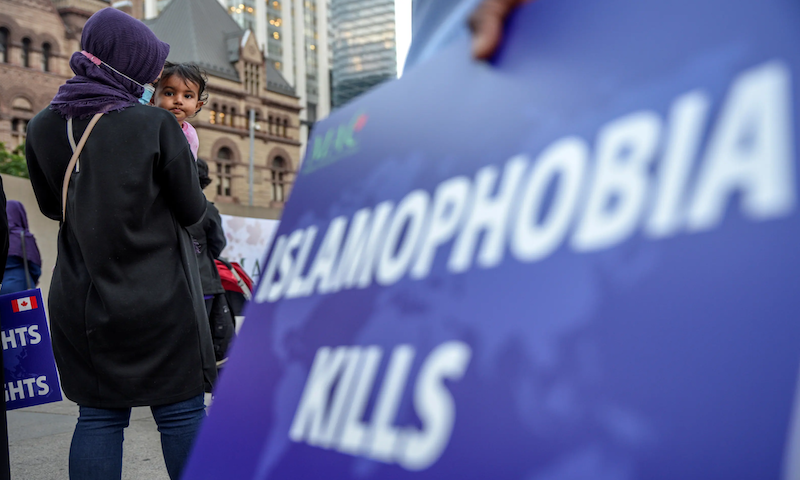 QZ - In August 2021, a Facebook ad campaign criticizing Ilhan Omar and Rashida Tlaib, the United States’ first Muslim congresswomen, came under intense scrutiny. Critics charged that the ads linked the congresswomen with terrorism, and some faith leaders condemned the campaign as “Islamophobic” – that is, spreading fear of Islam and hatred against Muslims.

This was hardly the first time the pair faced Islamophobic or racist abuse, especially on the internet. As a communications professor who studies the politics of race and identity online, I have seen that Omar is often a target of white nationalist attacks on Twitter.

But online attacks on Muslims are not limited to politicians. Twenty years after the 9/11 attacks, stereotypes that associate Muslims with terrorism go far beyond depictions in newspapers and television. Recent research raises the alarm about rampant Islamophobia in digital spaces, particularly far-right groups’ use of disinformation and other manipulation tactics to vilify Muslims and their faith.

In July 2021, for example, a team led by media researcher Lawrence Pintak published research on tweets that mentioned Omar during her campaign for Congress. They reported that half the tweets they studied involved “overtly Islamophobic or xenophobic language or other forms of hate speech.”

The majority of offensive posts came from a small number of “provocateurs” – accounts that seed Islamophobic conversations on Twitter. Many of these accounts belonged to conservatives, they found. But the researchers reported that such accounts themselves did not generate significant traffic.

Instead, the team found that “amplifiers” were primarily responsible: accounts that collect and circulate agents provocateurs’ ideas through mass retweets and replies.

Their most interesting finding was that only four of the top 20 Islamophobic amplifiers were authentic accounts. Most were either bots – algorithmically generated to mimic human accounts – or “sockpuppets,” which are human accounts that use fake identities to deceive others and manipulate conversations online.