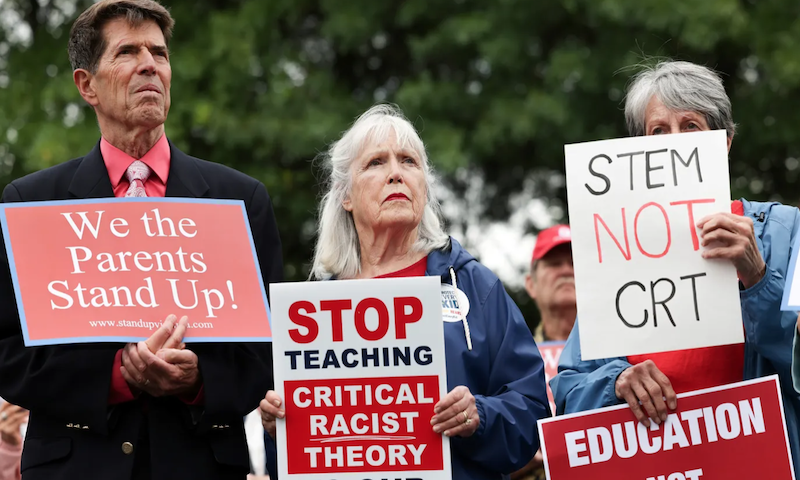 NYMag - On June 17, 2021, President Biden signed legislation making Juneteenth, a Texas-based commemoration of the last group of slaves learning in 1865 that slavery had ended, a federal holiday. It was an ambivalent accomplishment, representing a tardy response to the racial-justice protests of 2020 and the payment of an overdue debt that Biden in particular, and Democrats generally, owed to Black voters. There were already signs that the “racial-justice summer” wave had crested, and the holiday’s embrace by corporations and the federal government would be a hollow gesture. The holiday’s “mix of low risk and low cost has made it an appealing virtue signal,” my colleague Zak Cheney-Rice argued at the time.

Indeed, the ensuing year has been deeply discouraging for the cause of racial justice. Congress’s bipartisan talks on police reform, given new urgency by the murder of George Floyd, petered out as Republicans lost interest. Those same Republicans successfully filibustered various voting-rights measures, including a bill named after civil-rights icon John Lewis that simply restored Voting Rights Act provisions that the GOP once supported routinely. And Democrats could not muster the votes to rein in the filibuster, itself a hateful relic of Jim Crow.

Beyond these setbacks for racial-justice legislation, it’s been a terrible year for the politics of race more generally. There are various factors driving the debate within the Democratic Party over how to approach “divisive” cultural issues and “wokeness,” but it’s hard to avoid the impression that many Democrats fear that associating too closely with Black political aims has fatally reduced their ability to win over both white working-class voters and white suburbanites. After defensively denying Republican claims that they favor “defunding the police,” some Democrats are opportunistically embracing a law-and-order backlash to selectively rising crime rates.

Meanwhile, Republicans are zestfully embracing thinly veiled and not-so-veiled racist messaging. During Donald Trump’s administration, some conservatives supported bipartisan criminal-justice reform so strongly that the president felt compelled to (begrudgingly) sign the First Step Act; now these Republicans are in full retreat. Restoring “election integrity” — which in the absence of any actual evidence of voter fraud has to be regarded as an effort to make it harder for Democratic-leaning minority groups to vote — has become a holy cause for the GOP. And the very idea of a reckoning with slavery’s legacy has come under fire in the ubiquitous Republican assault on any discussion of racism in public-school classrooms.