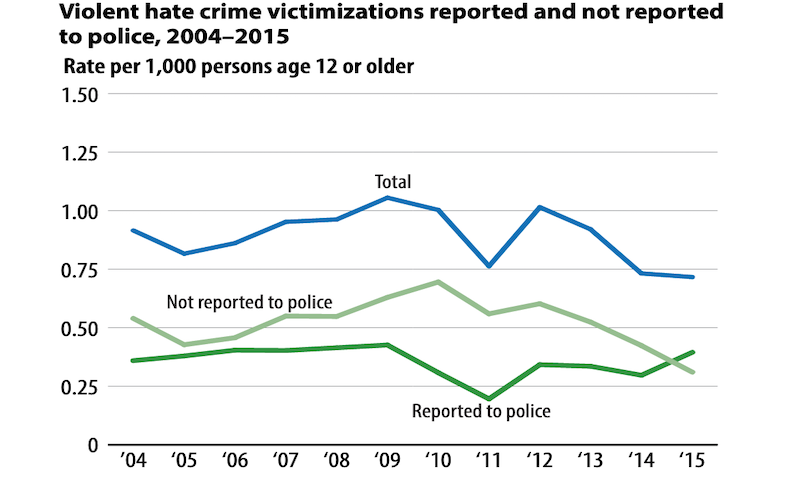 Findings are primarily from the Bureau of Justice Statistics’ (BJS) National Crime Victimization Survey (NCVS), which has collected data on crimes motivated by hate since 2003. The NCVS and the FBI’s Uniform Crime Reporting (UCR) Hate Crime Statistics Program are the principal sources of annual information on hate crime in the United States. BJS and the FBI use the hate crime definition established by the Hate Crime Statistics Act (28 U.S.C. § 534): “crimes that manifest evidence of prejudice based on race, gender or gender identity, religion, disability, sexual orientation, or ethnicity.” The NCVS measures crimes perceived by victims to be motivated by an offender’s bias against them for belonging to or being associated with a group largely identified by these characteristics. 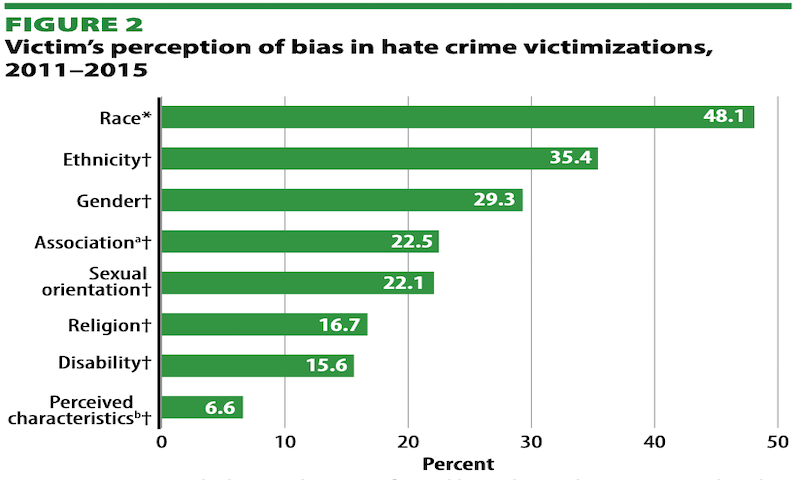