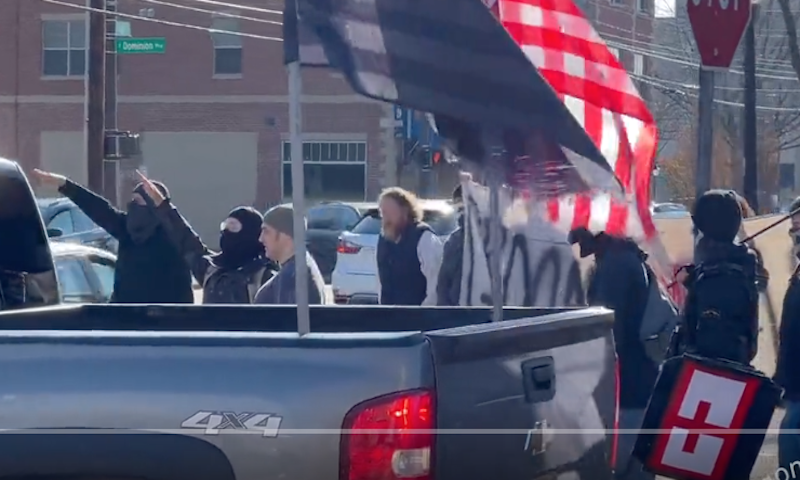 They comprised one of about four militaristic demonstrations that popped up outside a canceled event, in which drag performers (usually men in women’s clothes) were to read picture books to children to raise funds for LGBTQ causes.

Outside the canceled reading at the First Unitarian Universalist Church also stood the Proud Boys – a right wing extremist organization with a history of street violence and a string of members included among the first to breach the U.S. Capitol on Jan. 6, 2021. There was also a cohort of at least five men in ballistic vests and other combat garb, carrying military style assault weapons. And there was yet another group, identified by Gutenschwager as White Lives Matter Ohio, flashing Nazi salutes to passing traffic.