The scapegoating of Asian Americans 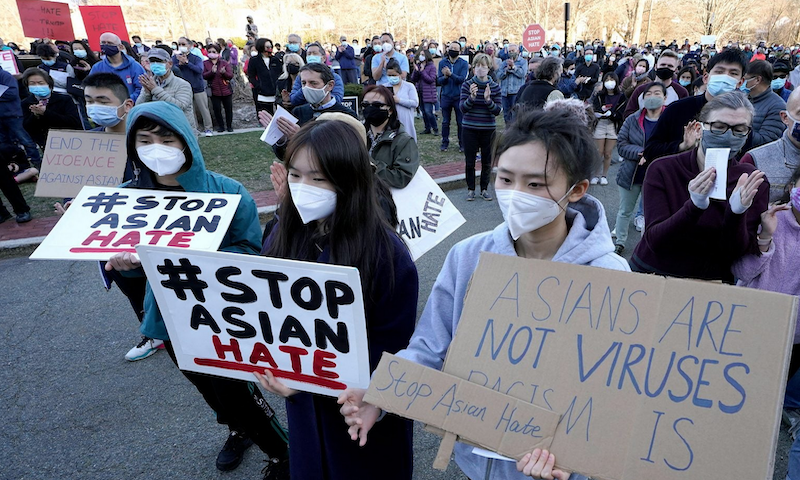 Harvard Gazette - The Atlanta shootings that killed eight people, six of them Asian women, took place amid an upsurge in anti-Asian violence during the pandemic. Authorities say the suspect, a 21-year-old white man, has confessed to the attacks and blames a sex addiction for his actions. They have not yet charged him with hate crimes, and legal experts say such a case may be difficult to establish.

But for Courtney Sato, a postdoctoral fellow in The Charles Warren Center for Studies in American History, the general rise in hostility that serves as the tragedy’s backdrop is part of the nation’s long history of brutal bigotry against Asian Americans.

“The important thing to remember is that this is really not an exceptional moment by any means,” said Sato. “But it’s really part of a much longer genealogy of anti-Asian violence that reaches as far back as the 19th century.”

Sato pointed to the Chinese massacre of 1871, when a mob in Los Angeles’ Chinatown attacked and murdered 19 Chinese residents, including a 15-year-old boy, a reflection of the growing anti-Asian sentiment that came to its climax with the Chinese Exclusion Act of 1882. The act banned the immigration of Chinese laborers, much as the Page Exclusion Act of 1875, the nation’s first restrictive immigration law, had prohibited the entry of Chinese women.

Sato said the Page Exclusion Act is a precursor to the dehumanizing narratives and tropes that render Asian woman as objects of sexual fetishization and unworthy of being part of the national consciousness.