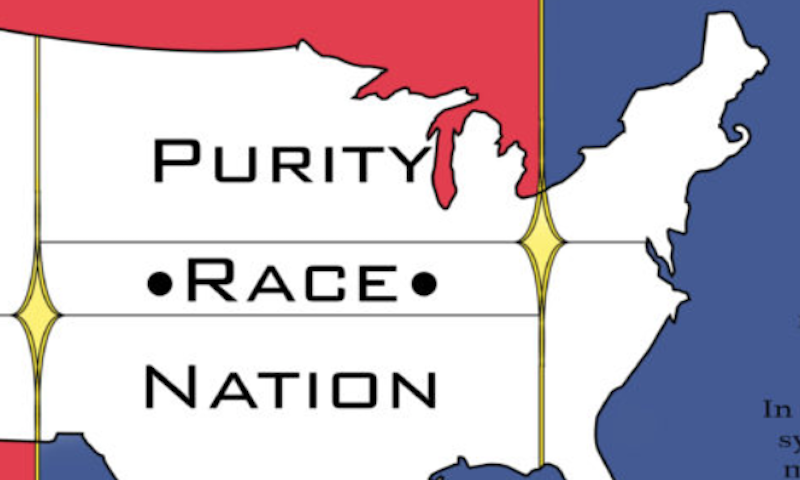 Time -On January 6th, 2021, insurrectionists stormed the U.S. Capitol in order to “Stop the Steal” and delay the certification of President-elect Biden’s electoral college victory. Christian flags, crosses on t-shirts, “Jesus Saves” signs, and prayers for victory in Jesus’ name were now-famously conspicuous among the mob.

By early April, the Brennan Center for Justice reported that lawmakers in 47 states proposed over 350 bills that claim to address voter fraud by limiting mail, early in-person, and Election Day voting through stricter ID requirements, limiting eligibility to vote absentee, or fewer voting hours. The recent bills signed into law by Governors Brian Kemp in Georgia and Ron DeSantis in Florida are just two examples. A similar bill is currently making its way through the Texas State Legislature.

For all their rhetoric of ensuring “fair elections” and claims of “proven voter fraud,” one might believe that these Americans, the insurrectionists and lawmakers and the millions who support their efforts, are driven by an abiding passion for democracy.

But that’s not what the data tell us. Or history.

The relationship between Christian nationalism and anti-democratic attitudes has a long history in this country. Limiting access to voting and employing violence in order to disrupt the democratic process are not aberrations. After the Civil War and throughout the years of Jim Crow, Christian leaders routinely provided the theological arguments needed to rationalize limiting Black Americans’ access to participation in the democratic process. They explicitly tied these efforts to their desire to protect the purity of a “Christian” nation.

Consider the most infamous articulation of Christian nationalism’s anti-democratic goals from Paul Weyrich, co-founder of the Moral Majority. In an oft-repeated 1980 speech to a group of evangelical leaders, Weyrich explained:

“Now many of our Christians have what I call the goo-goo syndrome―good government. They want everybody to vote. I don’t want everybody to vote. Elections are not won by a majority of people, they never have been from the beginning of our country and they are not now. As a matter of fact, our leverage in the elections quite candidly goes up as the voting populace goes down.”

Even then Weyrich was aware that a democracy with free and open elections threatened the likelihood of white, culturally conservative Christians maintaining privileged access to the levers of power. The takeaway was obvious: make it more difficult for the political opposition―non-conservatives, but implicitly racial and ethnic minorities―to vote.

Weyrich took his own advice. He and others worked to create organizations intent on bringing Christian nationalism’s anti-democratic impulses into reality. The American Legislative Exchange Council (ALEC)—also co-founded by Weyrich in 1973—is one example. To this day ALEC supports restrictive voter policies that disproportionately affect people of color: strict voter ID laws, automated purging of registration lists, limiting mail-in or early voting, or slashing the number of polling places.

So if the voting restrictions put into place by the lawmakers in Georgia, Florida, and Texas sound familiar, they should. History might not repeat itself but it certainly does rhyme.

In order to understand what led to the deadly Capitol insurrection and the spate of proposed voting laws we must account for the influence of Christian nationalism, a political theology that fuses American identity with an ultra-conservative strain of Christianity. But this Christianity is something more than the orthodox Christianity of ancient creeds; it is more of an ethnic Christian-ism. In its most extreme form it legitimizes the type of violence we saw on Jan. 6 and the recent flood of voting restrictions. Violence and legislation not in service of democracy, but instead for fundamentally anti-democratic goals.

The threat of Christian nationalism is buried within the seemingly harmless language of “heritage,” “culture,” and “values.” But within this language is an implicit understanding of civic belonging and relative worth. Study after study shows Christian nationalism is strongly associated with attitudes concerning proper social hierarchies by religion, race, and nativity. These views naturally extend to whom Americans think should have the right to participate in the political process and whether everyone should have equal access to voting.