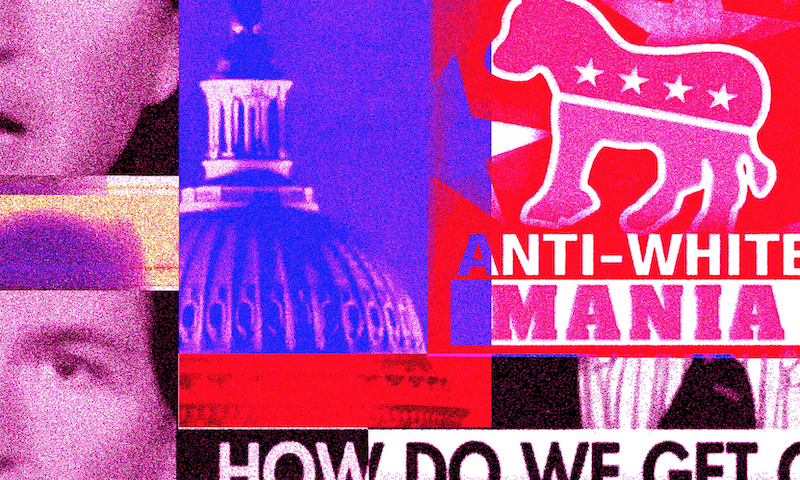 The Mantra of White Supremacy

The idea that anti-racist is a code word for “anti-white” is the claim of avowed extremists.

The Atlantic - Below a Democratic donkey, the Fox News graphic read ANTI-WHITE MANIA. It flanked Tucker Carlson’s face and overtook it in size. It was unmistakable. Which was the point.

The segment aired on June 25—the height of the manic attack on, and redefinition of, critical race theory, which Carlson has repeatedly cast as “anti-white.” It was one of his most incendiary segments of the year. “The question is, and this is the question we should be meditating on, day in and day out, is how do we get out of this vortex, the cycle, before it’s too late?” Carlson asked. “How do we save this country before we become Rwanda?”

Some white Americans have been led to fear that they could be massacred like the Tutsis of Rwanda. CRT=Marxism, Marxism→Genocide Every time, read a sign at a June 23 Proud Boys demonstration in Miami. Other white Americans have been led to fear America’s teachers—79 percent of whom are white—instructing “kids to identify in racial terms,” as Blake Masters, a Republican candidate for the U.S. Senate in Arizona, said in May. “You are good or bad, depending on what you look like. At this point it is straight up anti-white racism. I don’t think we’re allowed to say that. But let’s call it what it is.”

Even when GOP politicians and operatives don’t openly “call it what it is,” they end up echoing Masters nonetheless, saying without saying that “critical race theory is explicitly anti-white,” to use the words of Christopher F. Rufo, a travel-documentary filmmaker turned leading critic of CRT. At his final campaign rally, in Loudoun County, Virginia, Governor-elect Glenn Youngkin said, “What we won’t do is teach our children to view everything through a lens of race where we divide them into buckets and one group is an oppressor and the other is a victim and we pit them against each other and we steal their dreams.”

Republicans provoked a backlash against CRT, which they also call anti-racism or wokism. Their backlash won 2021 elections. “But it wasn’t a backlash of parents,” William Saletan found in his close study of polling data. “It was a backlash of white people.”