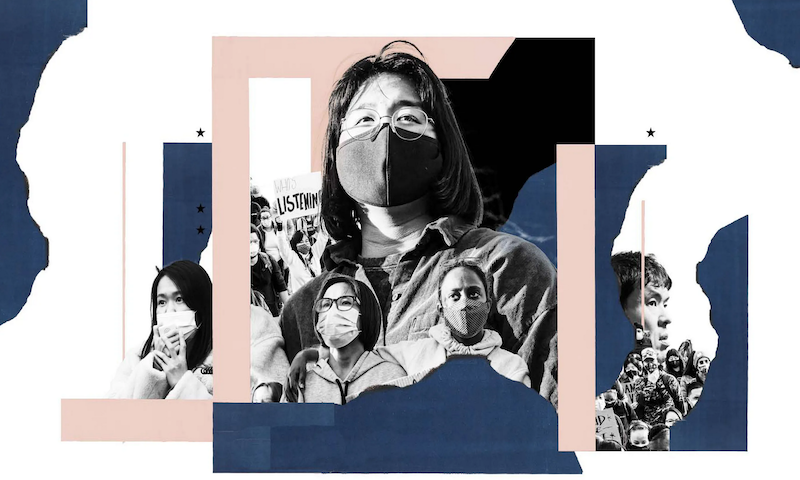 Vox - Brianna Cea, a 24-year-old voting rights organizer based in Brooklyn, felt a painful sense of recognition after the Atlanta shootings last March.

“Seeing people who look like me being targeted and people not recognizing that they were clearly targeted because of what they looked like was hard,” Cea, who identifies as Thai, Korean, and Chinese American, told Vox.

Initially, both police and the media appeared to accept claims that the shootings, carried out by a white man, were not racially motivated, even though the attacks focused on Asian-run businesses, and the rationale he gave was that it was a way to reduce sexual “temptation,” a statement that speaks to the longstanding objectification of Asian women. The fact that people wouldn’t acknowledge the racial aspect of the attacks only added to the trauma of the shootings, Cea emphasizes.

“To me it was compounding that feeling of constantly feeling invisible, reckoning with that in the media and in the workplace,” says Cea, who serves as the president of the Asian American advocacy group OCA-New York and the executive director of GenVote. “In the face of this tragedy, you still go back to this narrative of erasure.”

For Cea and a number of other Asian Americans, Atlanta was a breaking point amid two years of growing anti-Asian violence that took the form of brutal attacks on older people, vandalization of businesses, and assaults on the street. Fueled by xenophobic sentiment tied to the coronavirus’s origins in Wuhan, China, and former President Donald Trump’s use of racist terms like “China Virus,” anti-Asian harassment soared in 2020 and 2021. According to Stop AAPI Hate, an organization tracking instances of violence and verbal abuse, there were more than 10,900 incidents reported between March 2020 and December 2021.

The devastation of the Atlanta shootings compelled many Asian Americans to speak out in a new way. In the weeks that followed, rallies erupted across more than 50 cities, and hundreds of thousands of people participated in trainings, petitions, and crowdfunding efforts to support victims and condemn anti-Asian violence. Cea was among those to host a vigil in New York City, which sought to memorialize the victims. The use of hashtags like #StopAsianHate and #StopAAPIHate took off on Twitter and Instagram as well.

What began as a tagline on social media ultimately evolved into a national movement, spurring a reckoning across different industries, prompting new policies at the federal and state levels and transforming broader awareness of anti-Asian racism.

Approaching the one-year anniversary of the Atlanta attacks, the Stop Asian Hate movement is at a crossroads.

While it’s had significant achievements — including shepherding the passage of a federal hate crimes law, emboldening a new generation of Asian American activists and sparking a dialogue about anti-Asian discrimination — it also faces major questions of where to go next.

Organizers view the policies that have passed as insufficient — and worry that the focus on policing, which some have taken in response to anti-Asian violence, could harm communities of color. As more horrific attacks make headlines, many are still searching for new ways to address the biases that are tied to such violence as well.

“It can’t just be about raising awareness and visibility,” says Turner Willman, the social media director for the progressive advocacy group 18MillionRising. “It needs to be coupled with structural change.”