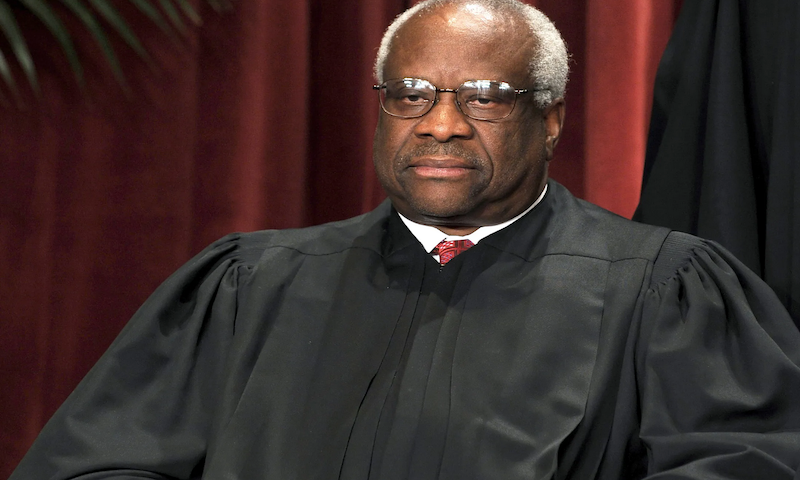 TheHill - Supreme Court Justice Clarence Thomas on Friday called for overturning the constitutional rights the court had affirmed for access to contraceptives and LGBTQ rights in an opinion concurring with the majority to decision to overturn Roe v. Wade.

In his separate opinion, Thomas acknowledged that Friday’s decision in Dobbs v. Jackson Women’s Health Organization does not directly affect any rights besides abortion. But he argued that the constitution’s Due Process Clause does not secure a right to an abortion or any other substantive rights, and he urged the court to apply that reasoning to other landmark cases.

Thomas wrote, “In future cases, we should reconsider all of this Court’s substantive due process precedents, including Griswold, Lawrence, and Obergefell.”

Since Justice Samuel Alito’s draft majority opinion overturning Roe was leaked earlier this year, Democrats and liberal activists have warned that the conservative majority would soon turn its attention to other rights that the court has affirmed.

In Griswold v. Connecticut, the court ruled in 1965 that married couples have a right to access contraceptive. In 2003, the court said in Lawrence v. Texas that states could not outlaw consensual gay sex. And the court’s 2015 decision in Obergefell v. Hodges established a constitutional right to same-sex marriage.

While Thomas’s comments outline the worst-case scenario for the majority’s liberal critics, it’s unclear whether the other conservative justices are willing to go as far as the court’s most senior member.