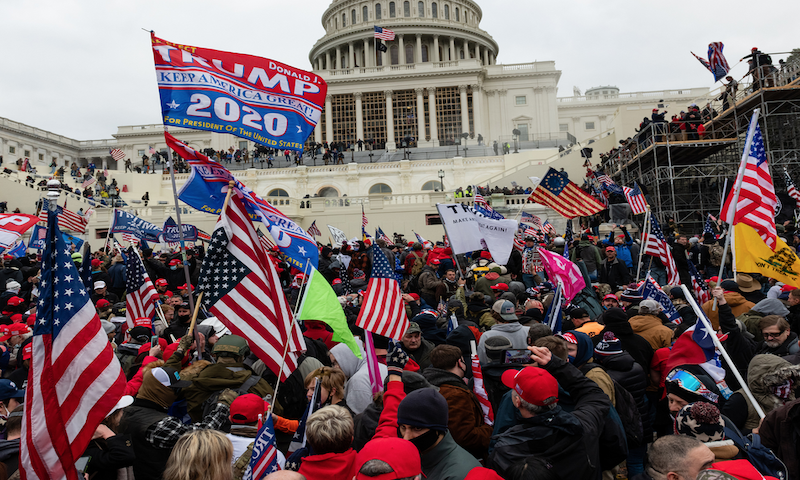 The Conversation - Among the Trump supporters who stormed the U.S. Capitol on Jan. 6 were members of right-wing groups, including the Proud Boys, Oath Keepers and Three Percenters.

The increasing violence and visibility of these groups have turned them into symbols of white supremacy and racism. They were involved in the deadly Unite the Right march in Charlottesville, Virginia, in 2017 and street clashes with racial justice protesters in Portland, Oregon, last year. At a Trump rally in Washington, D.C., in December, Black Lives Matter banners were torn from two historically Black churches and destroyed. The Proud Boys’ leader has been criminally charged in those acts.

Many Proud Boys reject the label “white supremacist”, arguing their aim is to “save America” and to defend “Western values.”

White supremacy was itself a longstanding Western value. And white people don’t have to be white supremacists to benefit from the ways it still shapes American society.

White supremacy, then and now

As an ideology, white supremacy is the belief that white people are inherently superior to people of color. It relies on the notion that distinct races of people exist, and ranks those categorized as “white” at the top of the racial hierarchy.

For hundreds of years, American leaders overtly embraced white supremacy. It was used to rationalize the genocide of Native Americans and the enslavement of Africans and their descendants from the Colonial period to the 19th century. In an 1858 debate, President Abraham Lincoln said, “I am not, nor ever have been, in favor of bringing about in any way the social and political equality of the white and black races.”

Known for abolishing slavery, Lincoln’s position may come as a surprise. But many U.S. abolitionists wanted white people to maintain power in government and everyday life, including after Black people were freed from bondage.

After abolition in 1865, white supremacy continued in official and unofficial ways. It drove the legal racial segregation of Jim Crow and the banking practice of redlining, which robbed Black families of the loans necessary to buy homes in certain neighborhoods. White supremacy also underlay the forced assimilation and killing of Native Americans.

Outright racist policies were banned after the civil rights era of the 1960s. But systemic racism remained. Today’s well-documented inequalities between Black and white Americans in savings, longevity, home ownership and health are directly related to the white supremacist hierarchy created centuries ago.

White people need not endorse white supremacy to benefit from this hierarchy. As psychologist Beverly Tatum has explained, the privileges afforded to whiteness are so much a part of the structure of U.S. society that many white people don’t even notice them.

For example, a white man is unlikely to be stopped and frisked by police. A white high school student probably won’t be asked if she’s in the right room on the first day of an honors class. And it likely won’t occur to either to reflect on these privileges.

A white person is similarly unlikely to wonder why no one ever asks “but where are you really from?” after introducing themselves. And a white child likely won’t notice that nearly everyone in their textbooks looks like them.

All of these affronts, both minor and major, are experiences many people of color face throughout their lives.