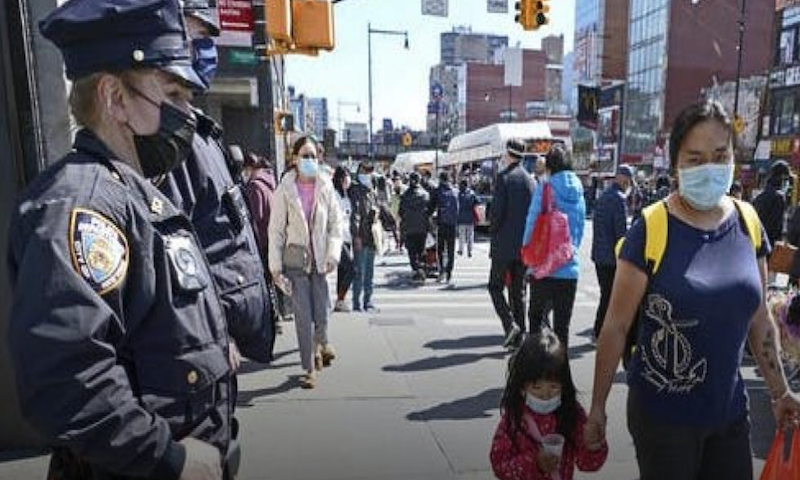 Amid the disturbing rise in attacks on Asian Americans since March 2020 is a troubling category of these assaults: Black people are also attacking Asian Americans.

White people are the main perpetrators of anti-Asian racism. But in February 2021, a Black person pushed an elderly Asian man to the ground in San Francisco; the man later died from his injuries. In another video, from New York City on March 29, 2021, a Black person pushes and beats an Asian American woman on the sidewalk in front of a doorway while onlookers observe the attack, then close their door on the woman without intervening or providing aid.

As the current president of the Association for Asian American Studies and as an ethnic studies and critical race studies professor who specializes in Asian American culture, I wanted to address the climate of anti-Asian racism I was seeing at the start of the pandemic. So in April 2020, I created a PowerPoint slide deck about anti-Asian racism that my employer, the University of Colorado Boulder, turned into a website. That led to approximately 50 interviews, workshops, talks and panel presentations that I’ve done on anti-Asian racism, specifically in the time of COVID-19.

The point I’ve made through all of those experiences is that anti-Asian racism has the same source as anti-Black racism: white supremacy. So when a Black person attacks an Asian person, the encounter is fueled perhaps by racism, but very specifically by white supremacy. White supremacy does not require a white person to perpetuate it.

White supremacy is an ideology, a pattern of values and beliefs that are ingrained in nearly every system and institution in the U.S. It is a belief that to be white is to be human and invested with inalienable universal rights and that to be not-white means you are less than human – a disposable object for others to abuse and misuse.