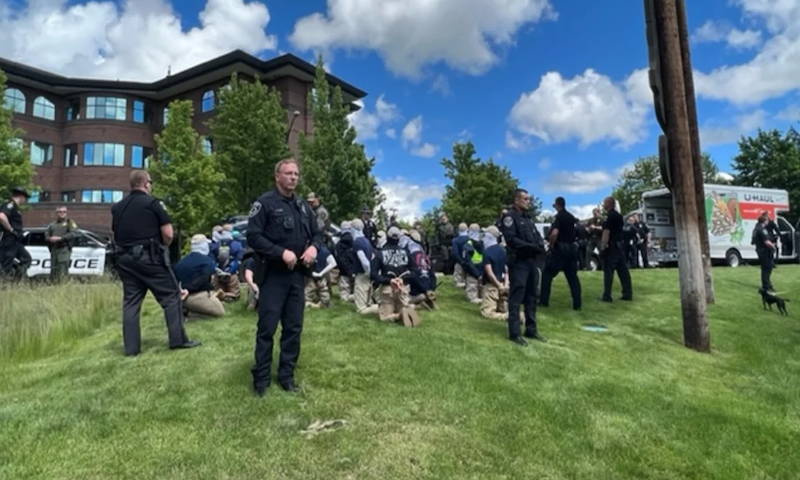 The suspects were booked on suspicion of conspiracy to riot, Coeur d'Alene Police Chief Lee White said at an afternoon news conference. Among those in custody late Saturday was a man with the same name as Patriot Front's Dallas-based founder, Thomas Ryan Rousseau.

White said police were made aware in recent days that a number of groups planned to disrupt Pride in the Park, an annual event highlighting the civil rights struggles of LGBTQ+ communities.

Staffing was increased and awareness was heightened by the time dispatchers fielded a report of 20 people in a U-Haul vehicle Saturday afternoon, he said.

The suspects wore masks, had shields, and "looked like a little army," the chief said, quoting the caller who reported the suspicious activity.

Ten minutes after that 1:38 p.m. U-Haul report, police stopped the vehicle and 31 people in "similar attire" were arrested, White said.

"They came to riot," White said.