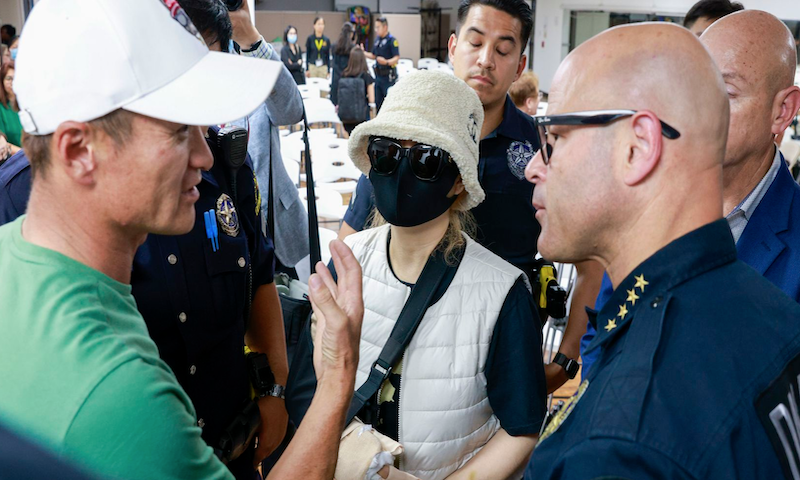 Dallas Morning News - At a heated town hall meeting in May, Caroline Kim stood in front of city leaders and some of the highest-ranking officers at the Dallas Police Department and called on them to do more to keep the Asian American community safe.

Just a few days before, a man who later shared with police investigators that he had racist delusions about Asian Americans targeted a hair salon in Dallas’ Koreatown, a neighborhood that Kim’s family has contributed to for more than two decades.

“If you are truly representing us in this neighborhood, if you’re truly here to help our safety, we need you to recognize and know the leaders in this community, you need to know who the small-business owners are, and you need to ask us if we see something and you need to help us find resources proactively,” Kim said.

Dallas police Chief Eddie García initially said no evidence showed the shooting was a hate crime, a move that caught the ire of many local Asian American advocates. He reversed course after evidence surfaced that the van used in the shooting matched the description of a suspect vehicle in at least two other incidents.

At the time of the town hall meeting, García recognized the rise in anti-Asian hate incidents reported across the country, but contended that it was too early to say whether the trend had reached North Texas. Recent data from Dallas police, however, shows a dramatic increase in hate crimes.

Kristin Lowman, a Dallas police spokeswoman, said there were 17 total hate crime incidents in 2021 that affected 19 victims, as some incidents have multiple victims. This year so far, there have been 27 incidents and 38 victims linked to hate crimes. Those are the crimes that were reported and vetted by police to be prosecuted as hate crimes.

Police say their efforts to educate and improve communication with the community contributed to the increase in reported hate crimes, but they stopped short of recognizing the spike as part of a trend that has been seen across the country in the past two years.