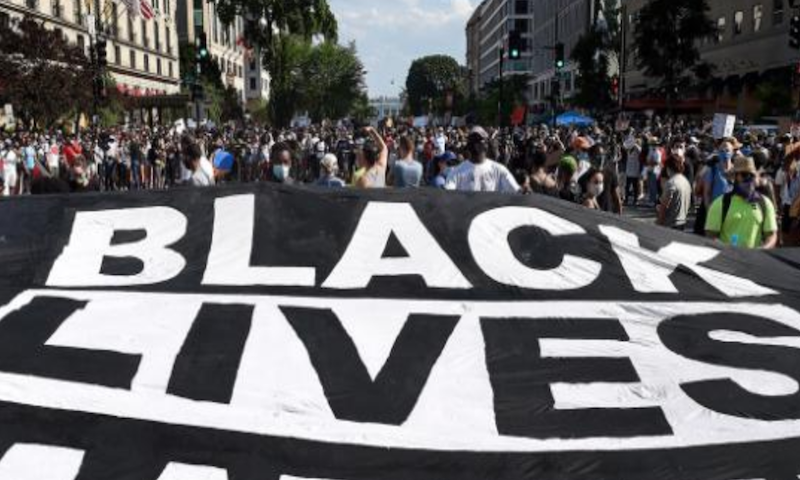 CNN - Two-thirds of Black Americans say that recent increased focus on race and racial inequality in the US has not led to changes that are improving the lives of Black people, according to a new report from the Pew Research Center.

The finding marks a pessimistic turn: In September of 2020, a majority of Black adults (56%) felt the added attention to issues of race and equality following a summer of protests sparked by the murder of George Floyd would lead to changes that improved the lives of Black people.

In the new survey, however, 65% of Black adults say that such changes haven't materialized. Just 13% see it as extremely or very likely that Black people in the US will achieve equality, with little variation in that figure by age, gender, region or education level.

"Overall, Black Americans are clear on what they think the problems are facing the country and how to remedy them," write Kiana Cox and Khadijah Edwards, the report's authors. "However, they are skeptical that meaningful changes will take place in their lifetime."

A broad majority (85%) of Black adults say Black people in the US today are significantly affected by the legacy of slavery, and 77% say descendants of people enslaved in the US should be repaid in some way. But just 7% of Black adults see the payment of reparations as very or extremely likely in their own lifetimes. Among the overall US adult population, just 30% favor such reparations.

Racism ranks as the most pressing problem for Black people living in the US out of six issues tested in the survey. Almost two-thirds of Black adults, 63%, say it is an extremely big problem for Black Americans, while 60% say the same of police brutality, 54% of economic inequality, 47% affordability of health care, 46% efforts to limit voting and 40% the quality of K-12 schools.

Most Black Americans say that major changes are needed in American institutions to enable Black people to be treated fairly. That sentiment is strongest when it comes to the criminal justice system, where about half or more say the prison system (54%), policing (49%) or courts and the judicial process (48%) need to be completely rebuilt for Black people to receive fair treatment. Fewer feel a complete rebuild is in order for the political system (42%), the economic system (37%) or the health care system (34%), even though most say those systems merit major changes or more. Across each of these areas, few who think changes are needed expect to see them happen in their own lifetime.