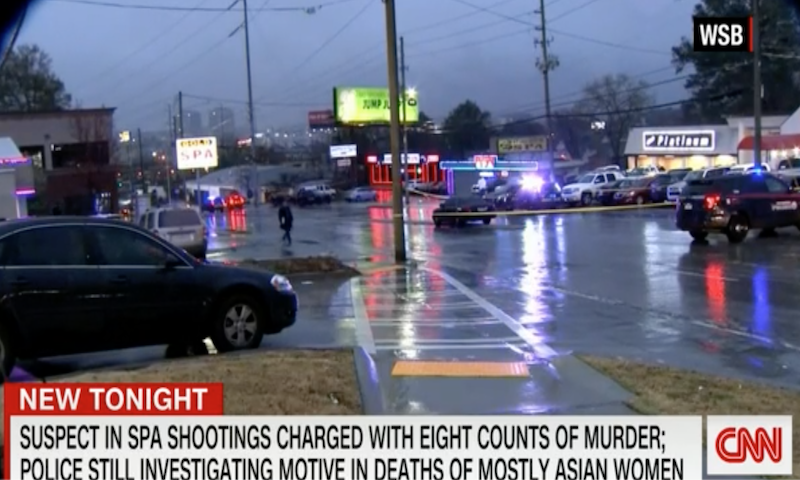 CNN - Of the eight people who were killed when a White man attacked three metro Atlanta spas, six were Asian women.

Investigators said it was too early to say whether the crime was racially motivated, and instead pointed to the suspect’s claim of a potential sex addiction.

But experts and activists argue it’s no coincidence that six of the eight victims were Asian women. And the suspect’s remarks, they say, are rooted in a history of misogyny and stereotypes that are all too familiar for Asian and Asian American women.

They’re fetishized and hypersexualized. They’re seen as docile and submissive. On top of that, they’re often working in the service sector and are subject to the same racism that affects Asian Americans more broadly.

And those factors came together this week in a dangerous, and ultimately deadly, way.

These perceptions are rooted in US history

The perceptions of Asian and Asian American women as submissive, hypersexual and exotic can be traced back centuries.

Rachel Kuo, a scholar on race and co-leader of Asian American Feminist Collective, points to legal and political measures throughout the nation’s history that have shaped these harmful ideas.

One of the earliest examples comes from the Page Act of 1875.

That law, coming a few years before the Chinese Exclusion Act, was enacted seemingly to restrict prostitution and forced labor. In reality, it was used systematically to prevent Chinese women from immigrating to the US, under the pretense that they were prostitutes.

US imperialism has also played a significant role in those attitudes, Kuo said.

American service members, while abroad for US military activities (including the Philippine-American War, World War II and the Vietnam War), have a history of soliciting sex workers and patronizing industries that encouraged sex trafficking. That furthered denigrating stereotypes of Asian women as sexual deviants, which were memorialized on screen.

All of those perceptions “have had the effect of excusing and tolerating violence by ignoring, trivializing and normalizing it,” Kuo said.

Those stereotypes also feed into perceptions of “Asian women as cheap and disposable workers,” said Kuo. That’s made them economically vulnerable, too.

Asian American businesses have already been hit especially hard during the pandemic, fueled both by unemployment and xenophobia.

Asian women, in particular, made up the highest share of long-term unemployed workers last December, according to a January report from the National Women’s Law Center.

And many Asian American women work in service industries, such as beauty salons, hospitality and restaurants.

“The narrative gets lost because we’re seen as the ‘model minority,’ where they think we’re all lawyers and doctors and engineers, but look into it a little deeper and many of the women in our community work in frontline service-based sectors,” Choimorrow, of the National Asian Pacific American Women’s Forum, said.

She said those workers not only face stigma, but are also often migrants. Some may fear they risk deportation should authorities investigate violence or crimes against them.

It’s also important to note that not all massage businesses provide sexual services, Kao said. To suggest as much, as the suspect in the Atlanta area attacks did, is a “racist assumption,” she said.

“It ties specifically to the fetishization of Asian woman,” Kao added.

They’re showing up in the violence seen today

The recent attacks come as Asian Americans are experiencing a rise in incidents of hate and violence since the start of the coronavirus pandemic, echoing a historical pattern that has seen Asian Americans targeted during times of crisis because they are viewed as foreigners.

Groups that track violence and harassment against Asian Americans and Pacific Islanders say that their data shows that women are disproportionately affected.