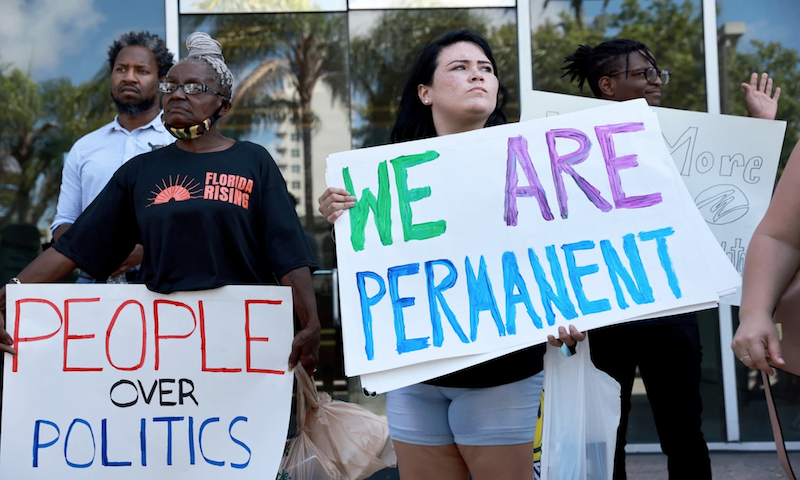 NBC - State lawmakers have proposed a record 238 bills that would limit the rights of LGBTQ Americans this year — or more than three per day — with about half of them targeting transgender people specifically.

Nearly 670 anti-LGBTQ bills have been filed since 2018, according to an NBC News analysis of data from the American Civil Liberties Union and LGBTQ advocacy group Freedom for All Americans, with nearly all of the country’s 50 state legislatures all having weighed at least one bill.

Throughout that time, the annual number of anti-LGBTQ bills filed has skyrocketed from 41 bills in 2018 to 238 bills in less than three months of 2022. And this year’s historic tally quickly follows what some advocates had labeled the “worst year in recent history for LGBTQ state legislative attacks,” when 191 bills were proposed last year.

The slate of legislation includes measures that would restrict LGBTQ issues in school curriculums, permit religious exemptions to discriminate against LGBTQ people and limit trans people’s ability to play sports, use bathrooms that correspond with their gender identity and receive gender-affirming health care.

Proponents of these bills say they’re about protecting children, parental rights, religious freedom or a combination of these. Opponents, however, contend they’re discriminatory and are more about scoring political points with conservative voters than protecting constituents.

“It’s important for people to pause and think about what is happening — especially in the health care context — because what we’re seeing is that the state should have the authority to declare a population of people so undesirable that their medical care that they need to survive becomes a crime,” Chase Strangio, the deputy director for transgender justice at the ACLU LGBT & HIV Project, said. “What more terrifying intrusion of the state could there be?”