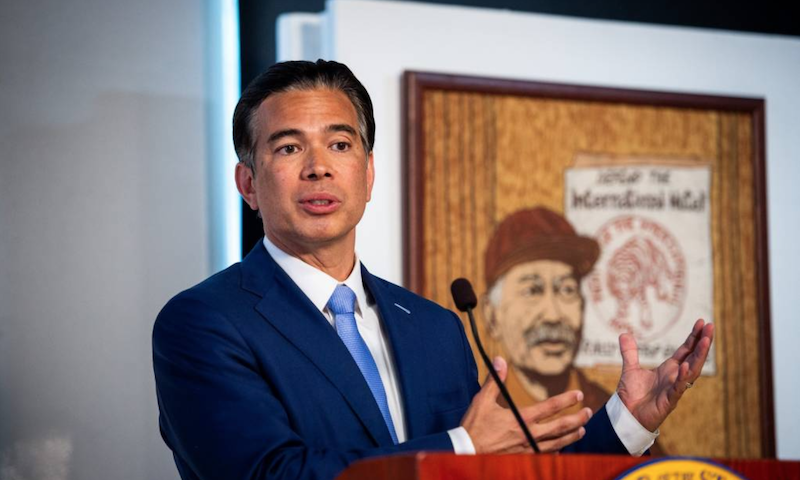 "In fact, a level we haven't seen in California since the aftermath of the terrorist attacks of Sept. 11," said Bonta at a press conference in Sacramento.

Anti-Asian hate crimes rose a staggering 177% after a 107% increase the year before, "and these statistics hit very close to home for me personally," said Bonta, the first Filipino American to be California's attorney general.

Although the number of cases filed for prosecution by local prosecutors increased by 30%, Bonta noted that hate crimes are often underreported, and his office cautioned against comparing data among California counties due to differences in reporting and charging decisions.

"Each of these incidents represents an attack on a person, a neighbor, a family member, a fellow Californian," said Bonta. "And worse, we know our statistics likely are not exhaustive" since some victims decline to come forward.