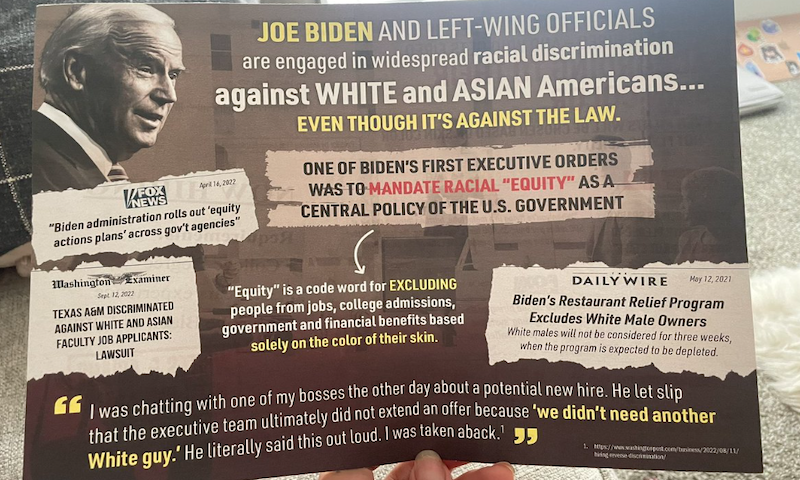 Intercept - Asian American Voters, who could decide close elections in states like Pennsylvania, are being deluged with incendiary, misleading ads sent to their mailboxes, phones, and screens by former Trump aides, including Stephen Miller, in the closing days of the campaign.

Leaders of the Asian American and Pacific Islander community in Pennsylvania have denounced the flood of digital ads and direct mail from Republican groups — which seek to blame Democrats for the spike in anti-Asian hate crimes since the start of the Covid-19 pandemic and cast efforts to combat anti-Black racism as a form of discrimination against white and Asian communities.

“Asian Americans, like many other communities of color and immigrant and refugee communities have had to fight through many barriers to vote — especially misinformation,” Wei Chen, an organizer in the Chinese American community in Philadelphia said in an interview on Friday. “The ads are new; the tricks are not.”

The flyers, which rely heavily on misleading headlines and text from right-wing news outlets, appeared after former Trump aides, who also work with Miller’s foundation, produced a deeply dishonest digital ad. That ad sought to blame President Joe Biden for the rise in racist attacks on Asian Americans, which first spiked in March 2020 when then-President Donald Trump started calling Covid-19 “the Chinese virus” and “the kung flu.”